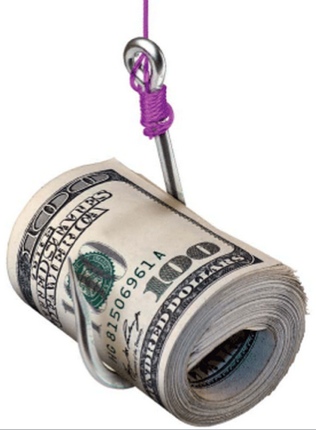 My friends who are close to China Film Group (CFG) Chairman Han Sanping tell me that Han is battling accusations of corruption in the wake of the SEC’s recent announcement that it will investigate Hollywood’s studios for alleged violations in China of U.S. anti-bribery laws. While some defend Chairman Han as being above reproach, others, perhaps his political enemies, have been quick to vilify him. Whatever the truth may be—and I can only speculate—the ferocity of the rhetoric flying around in Beijing underscores how deeply political the business of film is in China.

With the PRC in the midst of a momentous, once-in-a-decade power transition that has already spawned enough sordid tales of lust, intrigue and murder to fill a lifetime of soap opera episodes, tensions are high and the rumor mill is rife with chatter. A figure as powerful and visible as Han can be an easy target for those jockeying for position in the new power matrix.

Whether the allegations are true or not, the centralization and vise grip control that Han’s China Film Group enjoys over all film production and distribution activities in China unfortunately result in a system where bribery is often encouraged. Every step from script to shooting to distribution requires government approval. And with the notoriously low salaries that China’s government employees receive—one friend tells me that according to public records, Han’s official monthly salary is lower than those of most entry level employees in Hollywood—the motivations for accepting “gifts” must be powerful. While China’s adoption of WTO ordained business practices has had a positive impact on business ethics, China is still a long, long way from being as clean as, say, Sweden or Australia.

Han’s rise to power has been swift and unparalleled in the history of China’s film industry. A mere 8 years ago when China was the world’s 25th largest film market and Han was fairly new in his post, he wrote pleading letters to certain Hollywood stars in hopes of luring them to participate in China’s modest film productions. Now, with China having vaulted to 2nd place behind the U.S. in theatrical revenue and its industry awash in cash, Hollywood’s studio heads regularly fly to Beijing to pay tribute to Han and to beg for seats at his box office banquet.

Han has been responsible for the production and distribution of hundreds of movies, and for launching the careers of dozens of China’s top stars and filmmakers. However his CFG career ends—it’s been widely expected that he’ll relinquish his post when the new political regime takes power later this year—he has presided over one of the most extraordinary periods of growth ever seen by the global film industry. It would be a shame if his career were to end in ignominy, and I, as one who has enjoyed some pleasant and entirely above-board dealings with Mr. Han, hope that he will be cleared of any allegations of wrong-doing.

On another money-related note, I’ve been gratified to be able to arrange meetings for several of the world’s most powerful money managers during their visits to Los Angeles in recent weeks, and I’ve been impressed by the lengths to which certain multi-billionaire businessmen have bent over backwards to accommodate my overseas guests’ schedules. Although some Hollywood moguls were unable to join us on short notice, I greatly appreciated the efforts of those who did, and to those who were unable to reply to me in time (or to those whom I may have inadvertently overlooked in a rather manic couple of weeks) I would like to extend an invitation for the next time these money mavericks come to town.