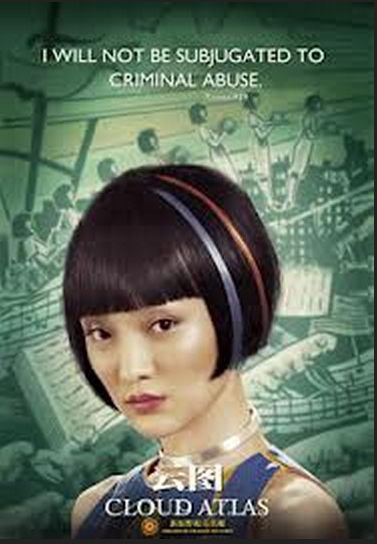 China may not completely save Cloud Atlas from sinking in red ink, but it will definitely keep the $100 million picture alive and afloat for a little longer. In its first four days in the PRC the film has grossed $11 million, a 14 percent boost to its anemic $78 million worldwide total.

Word-of-mouth for the Wachowski/Tykwer directed sci-fi/fantasy flick has been reasonably good in the Middle Kingdom, despite a reported 40 minutes of footage cuts at the hands of the SARFT censors. If it gets a pre-holiday boost, and if it doesn’t get clobbered by the New Year’s day release of Stephen Chow’s highly anticipated Journey to the West, Cloud Atlas’ gross in China could possibly surpass its $27 million North American total.

Overall it was a decent week at the multiplexes, with several family-oriented releases enjoying solid debuts. As I’ve noted previously, Chinese audience tastes appear to be broadening, and for the first time since October nine films grossed 8 million RMB ($1.3 mm) or more in the same week.

Still, aggregate weekly revenues of $53 million were down 12 percent from the same frame in 2012, when ticket sales exceeded $60 million. The culprit in the drop-off from last year is Skyfall, which continues to lag far behind last January’s box office champ Mission Impossible: Ghost Protocol. I won’t rebuke those who doubted my accurate call regarding Skyfall’s under-performance after the first day of its release in the PRC, but I will say–to paraphrase Kevin Spacey’s line in the new “House of Cards” TV series–“After 20 years in China’s film biz, I can smell which way the wind is blowing.”