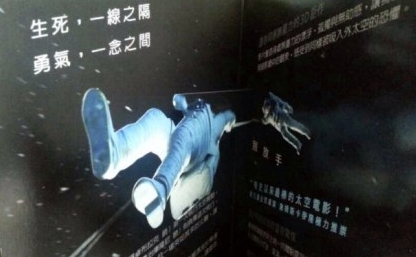 Alfonso Cuaron’s Gravity scored the PRC’s fifth best opening of the year with a nearly $36 million liftoff, as U.S.-made films grabbed the top four box office spots and six of the top seven in the week ending November 24th.

Gravity, which is performing nearly as well as surprise hit Life of Pi did at this time a year ago, also set records for IMAX, grossing almost $7.5 million, or more than 20 percent of the film’s opening 6-day total, on 123 screens. Gravity‘s marketing campaign benefited nicely from its liberal use of James Cameron’s quote calling it “The best space film ever.”

The fourth quarter has been a good one so far for Hollywood, with American movies capturing a 55 percent share of the market during the period from October 1st through November 24th.  U.S. films are now at their peak market share for 2013 with over 47 percent of all China box office revenue, though that figure will ebb back to about 42 percent as local Chinese releases dominate the calendar throughout December.

One exception to this trend is Hunger Games: Catching Fire. Despite its rare day-and-date release and its huge reception in the U.S., Lionsgate’s sci-fi/action picture failed to stir up much interest in China. Its four-day total of $12.95 million makes it only the 31st best opener of the year, behind even such modestly performing titles as A Good Day to Die Hard and After Earth.  Although Catching Fire’s debut improved by about 16 percent over the opening week of its 2011 predecessor The Hunger Games, it did so in a market that has grown by more than 80 percent in the interim, so the sequel’s performance in the PRC has to be considered a letdown.

Another disappointment was the suspense-thriller Control, a China-Hong Kong-Taiwan co-production starring Daniel Wu that eked out only $3.5 million for the week. The California-born Wu has consistently been one of China’s most bankable stars, so his latest film’s weak opening must have surprised the film’s backers, who include Huayi Brothers, Media Asia and Celestial Pictures.

Nationwide gross was $69 million, a 49 percent increase over the same period in 2012, and the biggest weekly total since early October, when Young Detective Dee reigned over a $101 million weekly theatrical total. Year-to-date gross has now eclipsed $3 billion, and if last year’s trend holds, the last five weeks of 2013 will generate a $500+ million haul for PRC theater operators, resulting in a final yearly gross of around $3.6 billion to $3.7 billion.