Another week, another Chinese box office dominated by Hollywood fare.

Journey 2: The Mysterious Island also had a solid debut, earning $15.2 million over just three days to claim the number two spot.   The success of Journey 2 comes at an interesting time, with the Chinese government’s recent announcement regarding the expansion of its film quota. The new rules, which have yet to take effect will allow an additional 14 “enhanced” films (i.e. IMAX or 3D films) into the Chinese theatrical circuit.  This is on top of the previous 20 films allowed under China’s imported film quota system.

Furthermore, Hollywood and other non-Chinese filmmakers should be able to collect a greater share of Chinese box office revenues, which has been a problem for many foreign film studios in the past.  The agreement, which was announced by Vice President Joe Biden after a meeting with Chinese Vice President Xi Jingping, allows for US companies to receive 25 percent of the Chinese box office revenues generated by their films, a major increase over the previous range of 13 to 17.5 percent.

In marked contrast to Journey 2, the new domestically made Chinese films did not debut nearly as well in China.  I Do and Romancing in Thin Air, two Chinese romance films looking to get a head start at the box office before Valentine’s Day, came in at the number three and four spots in the box office, respectively.  Their numbers however pale in comparison to Journey 2’s, with I Do earning a modest $3.2 million in three days (or one-fifth of Journey 2’s three-day rake), and Romancing in Thin Air earning a rather weak $1.84 million over four days of release.

Last week, in light of the announcement of an $800 million film fund headed by Bruno Wu, the question was posed on this blog regarding just who could headline a Chinese global blockbuster film.  Given the dominance of Tom Cruise’s M:I 4 in recent weeks, it is pretty evident that the Hollywood’s star system is able to produce global stars in a way that China has yet to show it is capable of doing.  It remains to be seen whether China’s star system ever produce a Tom Cruise, or a Dwayne Johnson.

Coincidentally, it was also around last week that a young, Taiwanese-American athlete named Jeremy Lin began to take the global media world by storm.  The New York Knick’s fourth-string point guard was given the unusual opportunity to start for his team.  About two weeks and seven straight wins later, Jeremy Lin is arguably now the biggest topic of conversation in both the US and Chinese media, if not most of the media world in general.

Now it may seem unusual for Lin to be mentioned in a blog on the Chinese film business.  However, Lin’s recent success and unexpected global media coverage underscore the possibility that it may be Chinese-American talents who have the best potential to help Chinese cinema appeal to international audiences.

In just a span of a couple of weeks, Jeremy Lin now has over one million followers on Weibo (the mainland Chinese equivalent of Twitter).  Meanwhile, back in the States, Lin’s Knicks jersey has become the number one selling jersey on NBA.com.  The incredible trans-Pacific appeal of Jeremy Lin (or “Linsanity” as it has been dubbed in the US press) has few precedents in entertainment history.  While such Chinese entertainment figures like Jackie Chan, Jet Li, and Yao Ming have had some cross-over appeal, there has been no ethnically Chinese celebrity with as genuine of a universal appeal in both the US and China since the legendary Bruce Lee.

Is it valid to suggest that the next Chinese Tom Cruise will in fact be Chinese-American?  I suggest that this is likely, given the prevalence of successful Asian American entertainers throughout East Asia.

For instance, in South Korea, fully half of the popular boy band 2PM’s six members are Asian American. Popular Chinese stars like Wang Leehom, David Tao, Wilbur Pan, and Donnie Yen have all spent much if not all of their youths in the States.  Even Yang Lan, “China’s Oprah,” logged significant time in the United States earnng her Master’s degree at Columbia University.

Now I may be biased, but I genuinely believe that there is something about the Asian American experience that improves the odds of cross-over appeal between the US and China.  The recent coverage of Jeremy Lin seems to validate this notion. In order to achiev global success, Chinese films need stars who appeal to both ethnically Chinese and international moviegoers alike.  My bet is that the first film to succeed in the Chinese, U.S., and global movie markets will feature an acting talent who is ethnically Chinese but culturally.

Albert Wang is an aspiring producer of US-China film co-productions who joined the Pacific Bridge Pictures team in December, 2011. His previous blog on US-China films can be seen at hollymu.com. 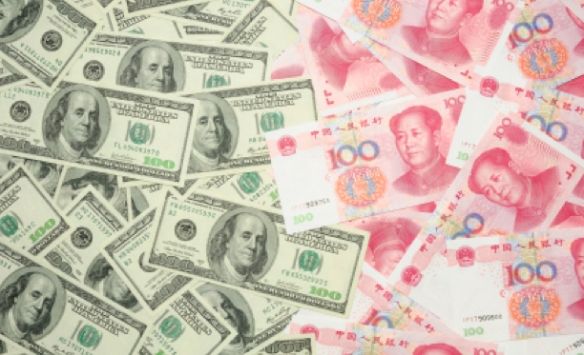 The Year of the Dragon so far looks to be the year China starts investing some serious coin in Hollywood. During the past week several purportedly major Chinese investment funds have burst onto the scene with intriguing announcements about the riches they intend to spread around the cash-starved American film business.

Could this be 2005 all over again? Back then Wall Street’s hedge funds fell all over themselves to fund slates and individual film projects, convinced they were smarter than the ‘rubes’ in Hollywood who didn’t know what they were selling. As a veteran banker friend put it to me then, “The Wall Street guys think they’ve discovered beachfront property under the noses of a bunch of west coast hicks and it’s there for the taking.”

Of course it didn’t take long to see who the real rubes were. After investing hundreds of millions of dollars with such companies as Relativity Media and Capitol Film, Wall Street got a costly lesson in what it’s like to deal with Hollywood’s dark side. If the hedge fund managers did indeed find a sunny beach anywhere, they got badly burned. Even though there were other, more honorable recipients of film funding, enough damage was inflicted that few of the Wall Street financiers who were new to the biz in 2005 will ever come back.

The spate of recent fund announcements from China (CMM, Harvest Seven Stars, Yao Ming, Paul Y Engineering, SAIF Partners, etc.) must have more than a few unscrupulous individuals in the U.S. scheming about ways to strip the fresh round of film investors clean of their dollars and renminbi. But China ain’t Wall Street, and it’s unlikely that the pickings will be quite so easy this time, if there is indeed a new wave of money coming.

For one thing, the Chinese investors may not know much about the global film industry or even how business is done in the U.S., but most are smart, savvy, and conservative with their capital. Having done business with numerous Chinese funds and high net worth individuals, I’ve found them to be way ahead of all the hedge fund kids I dealt with in their sophistication about the ways of the business world. Most of them survived the tumult of China’s Cultural Revolution, and have risen to the top of a business and political environment that has no rule of law and throws a multitude of roadblocks in the way of any individual’s success. To them, Hollywood’s con artists are amateur punks.

That’s not to say, of course, that Chinese investors are immune to mistakes or that they can’t be fooled. And that’s why, if we in Hollywood hope to have a long term relationship with China, we’re going to have to treat these investors differently. If you’ll indulge me in a bit of ‘Jerry Maguire’ style pontificating, we could all stand to be a little more enlightened about how we treat the money. I’m talking about working earnestly to understand the investors’ motivations and keeping their best interests in mind.  Being willing to meet them halfway. Let’s not poison the well this time. And let’s be mindful that, in Chinese, the word ‘greedy’ ( 貪 ) and the word ‘poor’ (貧) look almost the same.